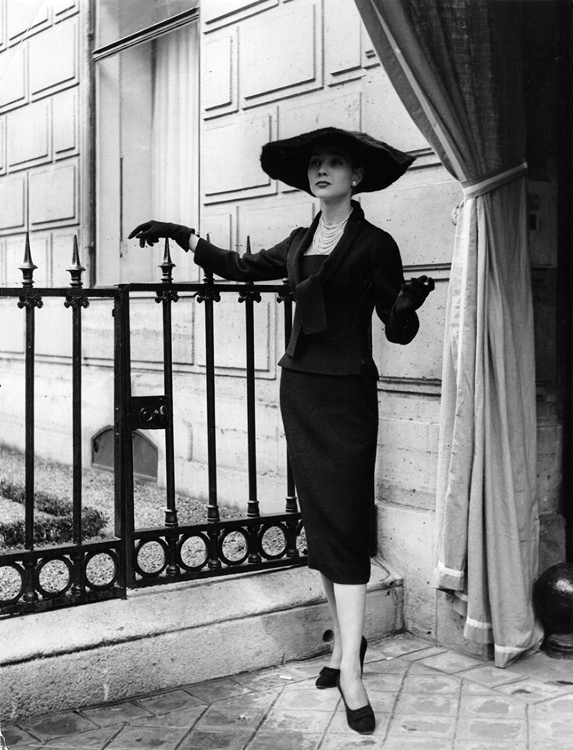 1954. The black tweed afternoon dress is being modeled by Renée Breton just outside Christian Dior’s studio at 30 avenue Montaigne. The photographer is Willy Maywald, the designer’s favourite lensman. He’s one of the first photographers to take models out of the studio and onto the streets of Paris. He is employed by many of the leading couturiers and his work is published in the likes of Harper’s Bazaar, Vogue and Vanity Fair. During the 1930s he lived in Montparnasse and became part of the local bohemian scene, photographing artists, dancers and couture by, among others, Robert Piguet and Elsa Schiaparelli.