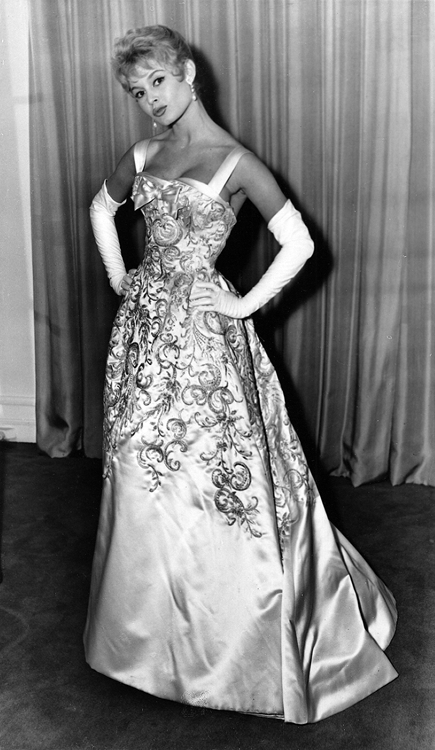 October 1956. What more potent combination could there be to boost the glamour and prestige of Paris than a combination of Pierre Balmain and Brigitte Bardot? To die for! A caption on the back of the photo reads:

France’s lovely ‘sex kitten’, screen actress BRIGITTE BARDOT, is wearing this £1,000 Balmain gown for her presentation to the Queen at the Royal Film Performance. Seen before leaving her London hotel for the show at the Empire, Leicester Square, Brigitte’s gown is of white satin trimmed with sequins.