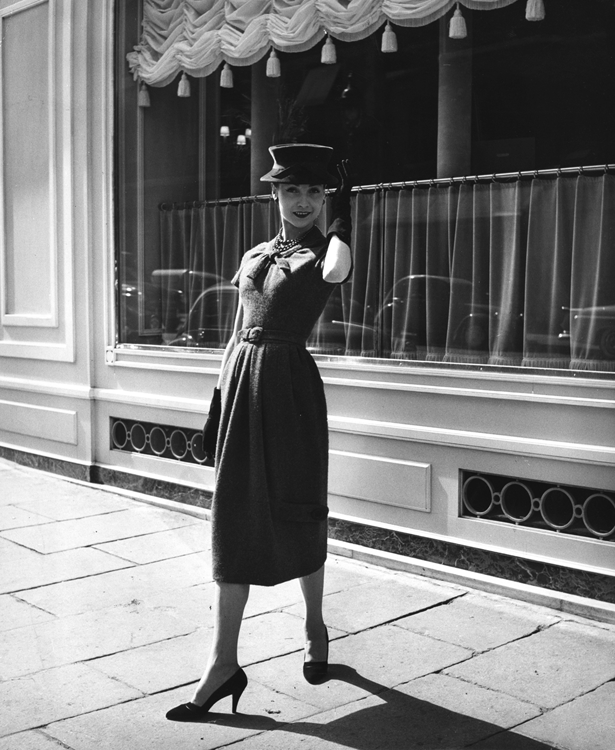 August 1956. Dior has named this line, part of his autumn-winter collection, “Magnet”. Not only is the grey, rustic-Garrigue wool dress a Dior creation, so too are the the hat, the gloves, the undergarments and the jewellery. In 21st century terms, this is a classic case of brand extension. The shoes are a collaboration with Delman, whose founder, Herman Delman, was a pioneer in using celebrities to promote a luxury brand. Marilyn Monroe is wearing Delmans in the iconic scene in The Seven Year Itch when a blast of air from the subway grating on which she is standing blows up her skirt. Audrey Hepburn and Marlene Dietrich are also Delman customers. A hook-up with Dior makes sense for both brands. The model is Renée Breton and a caption on the back of the photo reads: