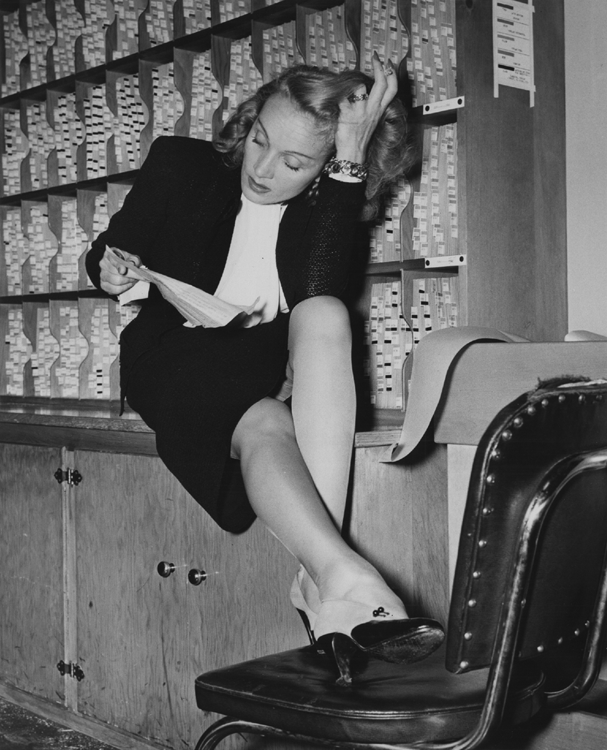 KFWB Radio, Los Angeles, 15 August 1945. It turns out that Otto Rothschild wasn’t the only snapper at KFWB that day. Here’s another shot of Marlene, and this one has a caption on the back:

Marlene Dietrich reads wires and teletype messages in the receiving room at radio station KFWB. Though a foreign-born actress, Marlene was as interested in the war as any American born citizen. When she felt that the news of Japanese surrender was soon to be heard she went to KFWB so that she would hear the news the moment it was flashed on the wires. She spent the night and slept only a few moments during that time.