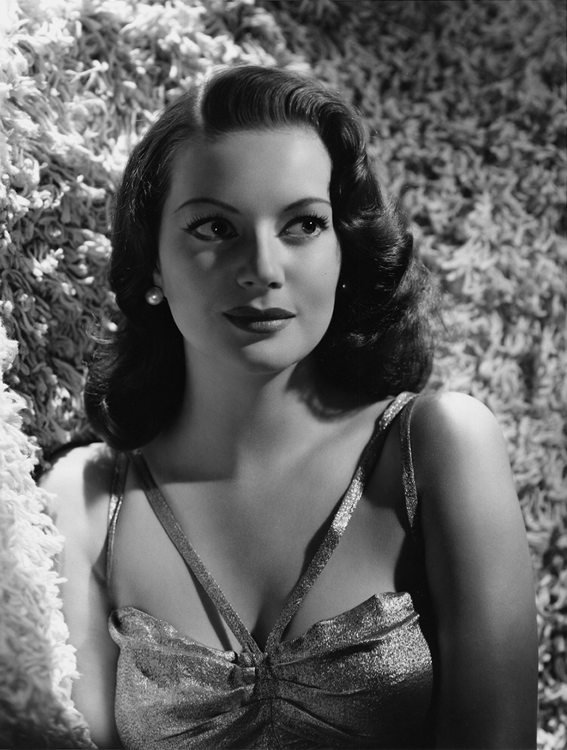 Hollywood 1945. The gold lamé dress, the textured background, the subtle lighting – a totally fabulous example of Hollywood image-making by Clarence Sinclair Bull. And here’s the publicity that accompanies it.

AFRICAN BEAUTY…..Redhaired Hazel Brooks is the girl from South Africa, Capetown to be exact. One of John Powers’ topflight models, Hazel earned money modeling to pay her tuition at Fordham University where she majored in Philosophy. Then Arthur Freed, producer of “Ziegfeld Follies,” discovered the beauty in New York and brought her to Metro-Goldwyn-Mayer where she is under contract and featured in the “Ziegfeld Follies” as one of the fourteen glorified girls. She also aspires to be a dramatic actress and has the lead in “Stage Door’ at the Bliss-Hayden Little Theater in Hollywood.