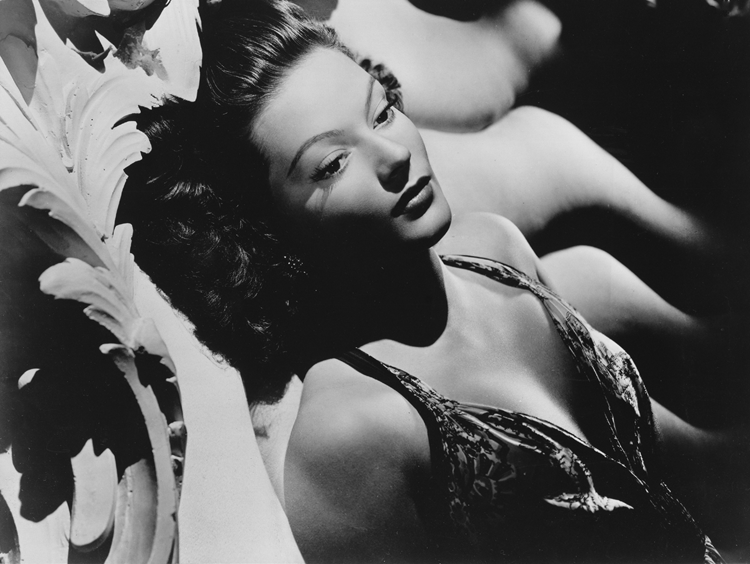 Hollywood, 1941. Definitely a dream girl, as the caption says and dreaming too. But not, perhaps about the servicemen mentioned in the caption but about Cedric Gibbons to whom she gets married this year. Love the moody lighting and the contrast between the crisp foreground and the plush background. The caption on the back of the photo reads:

DREAM-UP GIRL…Green-eyed Hazel Brooks has been chosen by servicemen as the girl about whom they would like to dream. A dream in fact as well as as fancy, Hazel was signed to a term contract by Metro-Goldwyn-Mayer, made her film debut in “Du Barry Was A Lady.” The Africa-born beauty, who until jouneying to Hollywood was a New York model, has recently appeared in Red Skelton’s Technicolor musical, “Mr. Co-ed,” and “Two Sisters and a Sailor,” featuring Jimmy Durante.