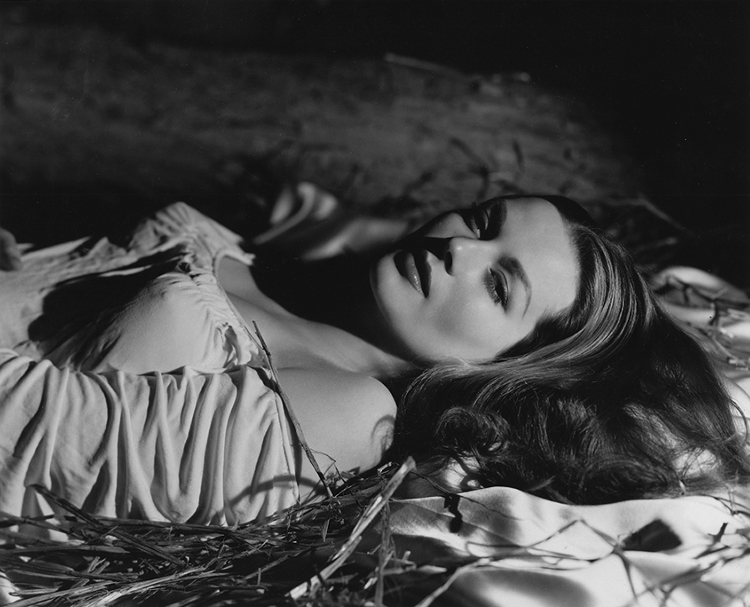 1947. This photo by Bud Graybill speaks for itself. But just in case you’re not getting the message, here’s what the caption on the back says.

HOLLYWOOD’S LATEST HEAT WAVE – HAZEL BROOKS – MAKES HER FILM DEBUT…………This girl has everything, including coppery-hair, long and lissome limbs, and the kind of green eyes that make men talk to themselves. She will be introduced to film fans in Enterprise Studios’ “Body and Soul,” which co-stars John Garfield and Lilli Palmer. Judging by backfence gossip and night club table hoppers, this Brooks has more than what it takes. Robert Rossen directed the picture and R. B. Roberts produced.