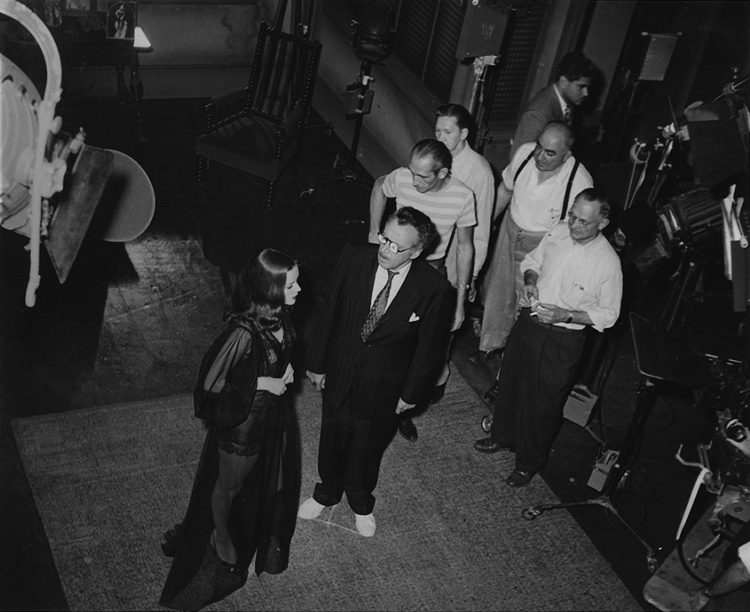 1948. Hazel Brooks and George Coulouris getting ready to film a scene for Sleep, My Love. He had been a member of Orson Welles’ famed Mercury Theater players. He has already starred in Citizen Kane and For Whom the Bell Tolls. Decades later, he will go on to appear in Papillon and Murder on the Orient Express.