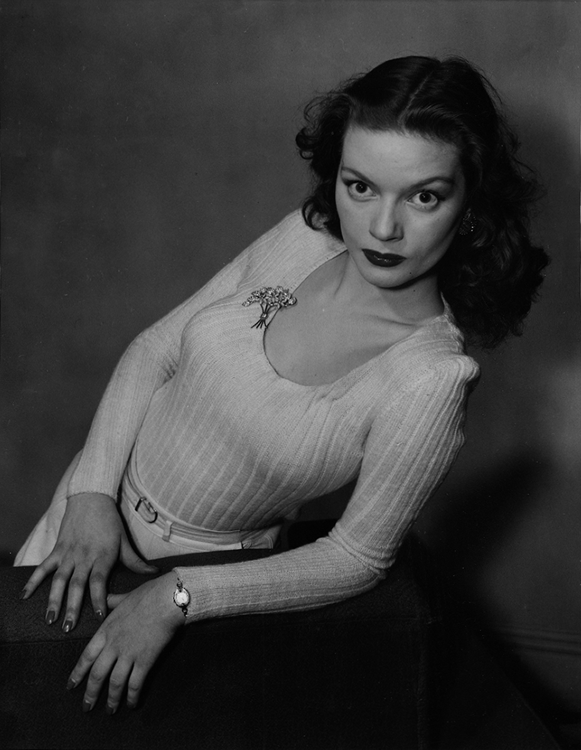 New York, 1941. The term sweater girl was made popular in the 1940s to describe Hollywood actresses such as Lana Turner, who wore tight sweaters that emphasized their bustline. The term was virtually synonymous with ‘pin-up girl’, a popular culture trope of the Second World War referring to the pretty girls whose pictures adorned soldiers’ barracks. According to the snipe on the back of this photograph:

Hazel Brooks, a Walter Thornton model, poses in compliance with Thornton’s edict that pictures of his eye-and-sweater-filling models would be released as usual. His announcement was made after it was disclosed that the Will Hays Office is working up an official frown for all pictures of actresses in the snug, curve-hugging garments. Hazel is considered “God’s gift” to the sweater industry.