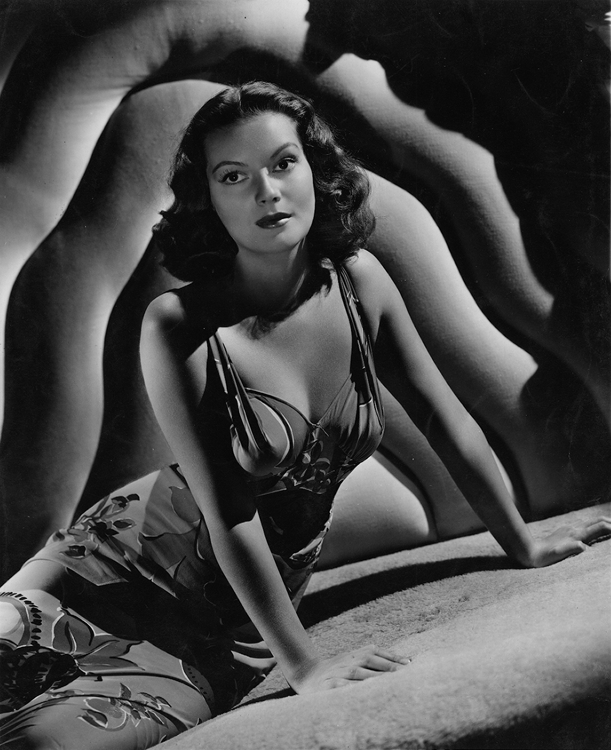 Hollywood, 1944. The tilted camera angle, the bed-head with its exaggerated padding (Guy Bourdin would have loved it!) and the deep shadows combine to give this shot the feel of a film noir. And then there’s Hazel Brooks with her bedroom eyes, captured by Laszlo Willinger in his last year at MGM. A cropped version of this shot appears in the May 1944 issue of Screenland captioned “Green-eyed; Africa-born; former New York model; now in M-G-M’s “Two Sisters And A Sailor” and “Co-Ed”.”