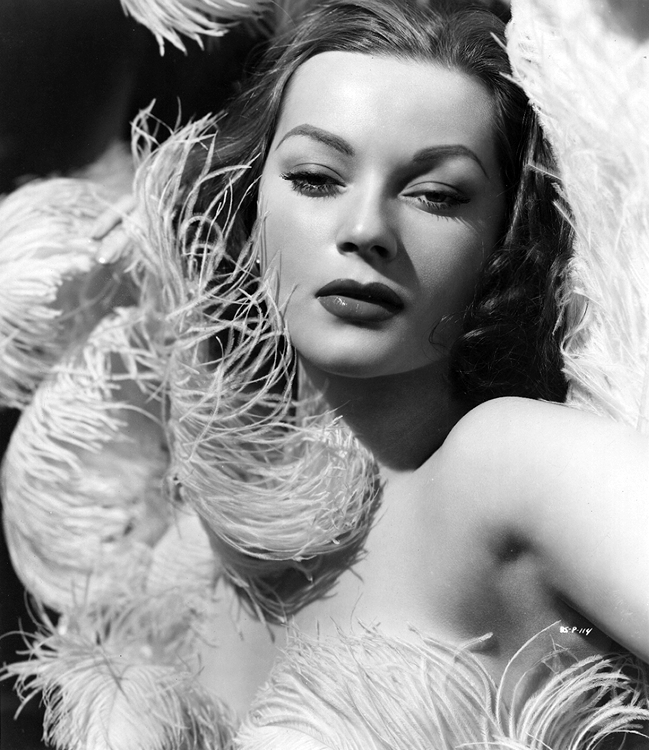 1947. Caressed by ostrich feathers, eyes half-closed in ecstasy, Hazel Brooks is in a world of her own. And who wouldn’t want to join her there? The caption on the back of this publicity still for Body and Soul reads:

Hollywood: “Most provocative still of 1947” was title awarded to photo of screen Hazel Brooks made by photographer Durward Graybill……..1-16-1948.

The caption on another copy of the same photo reads:

A sultry, tantalizing photograph of movie actress, Hazel Brooks, walked off with the first prize of the International Society of Photographic Arts. Durwood Graybill, who submitted the picture, posed Miss Brooks seductively enlaced in ostrich feathers, but the expression in her eyes won the prize. The winning picture and 119 others in the competition will be given public exhibition abroad.

While the caption on a third copy points out that “Miss Brooks, surrounded by ostrich feathers, looks equally provocative with picture horizontal or vertical.”!