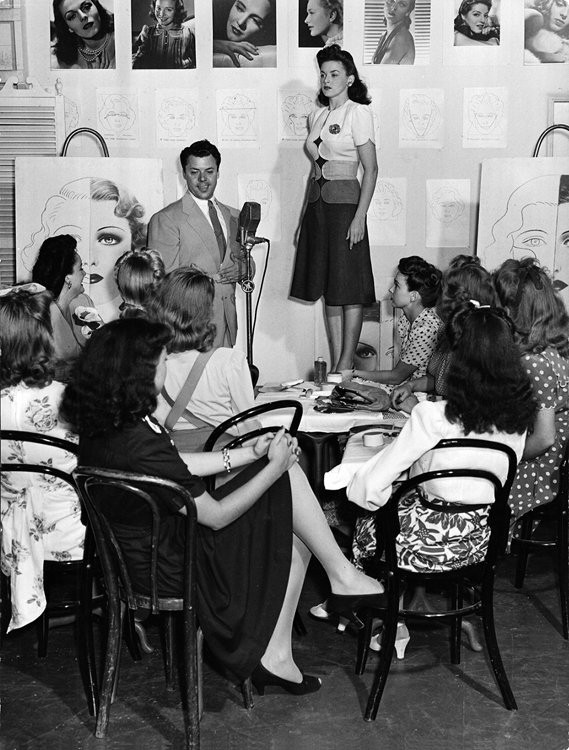 1941. Perc Westmore lectures Warner Bros starlets on the science of the lungs assisted by Marguerite Chapman. The caption on the back of the companion shot reads:

TAKE A DEEP BREATH. Convinced that breathing is important in figure control, Perc Westmore, lectures a group of young Warner Brothers contract players on the science of the lungs. Perc uses Marguerite Chapman as a model.