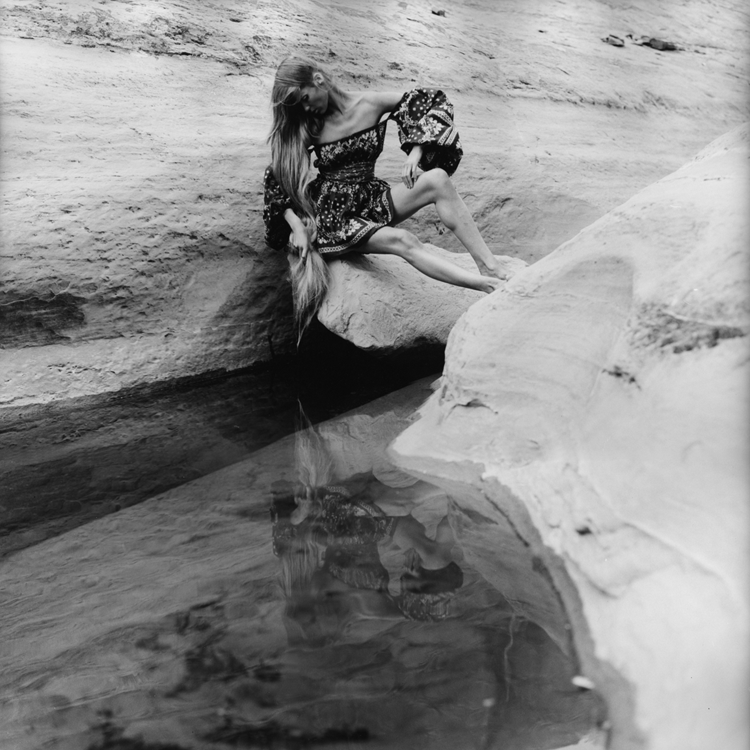 1968. Veruschka, Narcissus-like, contemplates her luxuriant locks in the clear waters of a rock pool. This is a variant of a photograph that appeared in the June issue of Vogue (US). The setting is Arizona and the image illustrates an editorial titled Great Sun Shine. It is captioned:

Billow-sleeved bandana print, above, blowing clear from sunny shoulders in giant puffs to each wrist – a Down Easterner’s snatch of kerchiefs and all of them blue but one: the red bandana knotted snug about the waist. Dress by James Douglas Goodson, in bandana cotton. About $25. At Abracadabra.