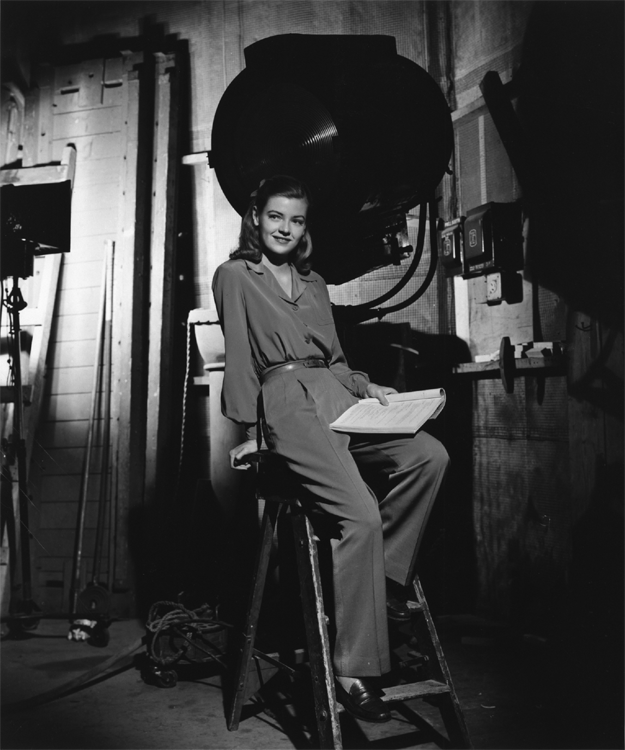 1944. Peggy Lloyd sits on a ladder behind the scenes at Columbia Pictures during the filming of Cover Girl. A caption on the back of the photo reads:

For early morning calls at the studio Cover Girl Peggy Lloyd, representing Mademoiselle magazine, prefers trimly tailored slacks and shirts. The outfit she models, designed by Barney Max of Los Angeles, is of slate blue. Peggy will be seen in the Columbia picture “Cover Girl”.