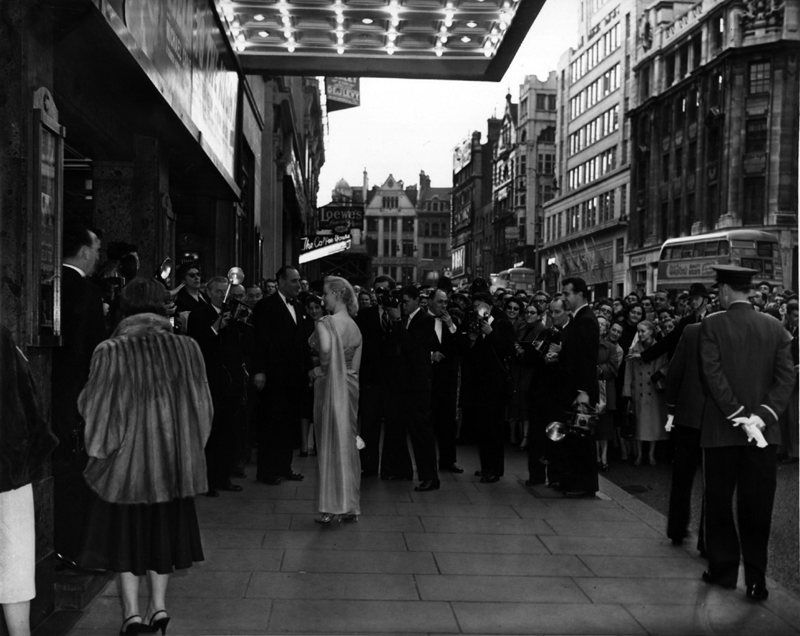 15 June 1956. Sabrina was a ray of sunshine in post-war, austerity Britain. In the distance, at the end of Haymarket is Coventry Street, leading into Piccadilly Circus. The AEC Routemaster double-decker buses are a nice period detail. The caption on the back of the photo reads:

THE PREMIERE OF “YIELD TO THE NIGHT” TOOK PLACE AT THE CARLTON THEATRE, HAYMARKET, TONIGHT (THURS). Photo shows:– SABRINA surrounded by photographers.

Yield to the Night was another name for The Blonde Sinner, which starred one of Sabrina’s competitors – Diana Dors.