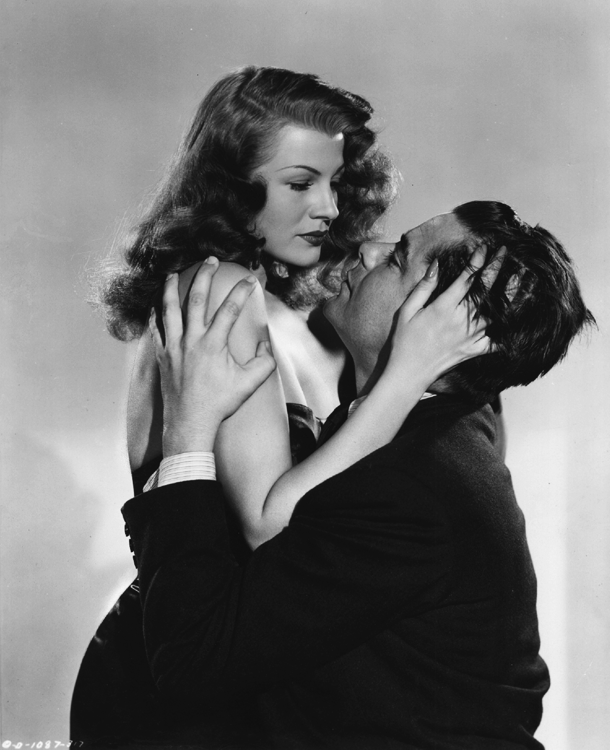 1945. The caption on the back of this photo rather enviously reads:

Glenn Ford is one of the few ex-servicemen to get the perfect job upon returning to civilian life. The Columbia star, after serving three years in the Marine Corps, was handed the assignment of making love to Rita Hayworth in their recently completed Columbia picture, “Gilda,” in which Miss Hayworth plays a straight dramatic role. The scene above shows the type of “work” to which Glenn was assigned.