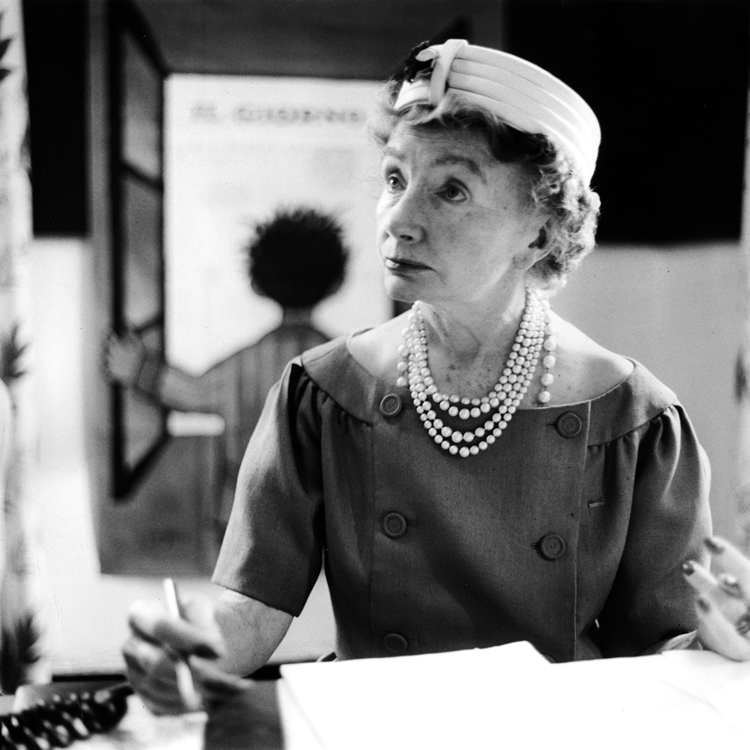 1959. Carmel Snow, editor of Harper’s Bazaar, reputedly coined the phrase “New Look” in 1947 to describe Christian Dior’s debut collection. It is she who sends Richard Avedon to Paris to cover the collections in the 1950s and in the process “to help the French economy by bringing back the glamour of pre-war Paris.” Photo by Gleb Derujinsky.