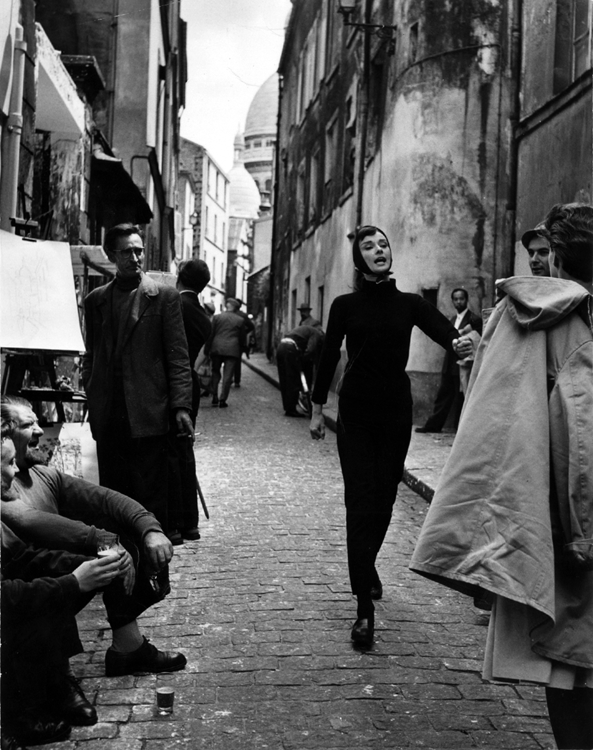 7 July 1956. Doing her bit to create the image of Paris as style capital of the world, Audrey Hepburn catches the eye of the locals in a Montmartre street. A caption on the back of the photo reads:

AUDREY DANCES WITH ASTAIRE.
The great entertainer Fred Astaire is making a film with Audrey Hepburn. Picture Post went with them to Paris, where they shot some of the dance sequences. The film is called ‘Funny Face’, and it is Miss Hepburn’s first musical, but even so Astaire calls her work inspiring.
Picture Post photographer Bert Hardy.