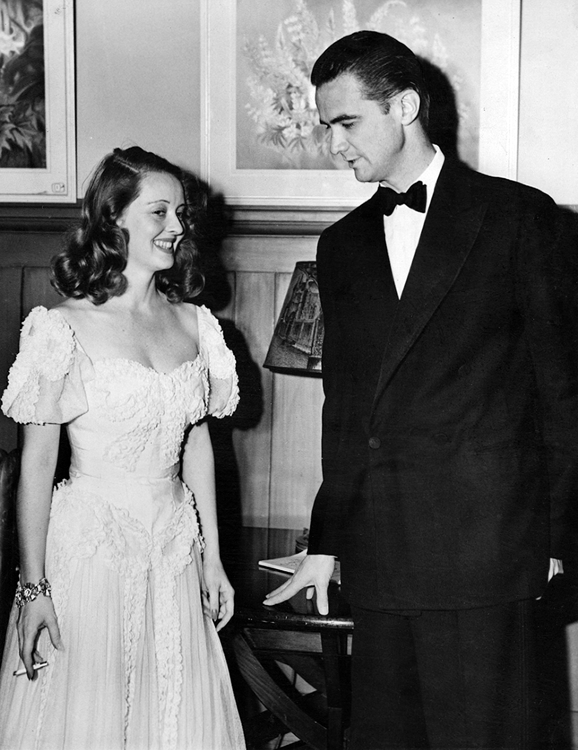 Film Celebrities Attend Tailwaggers’ Dinner. Beverly Hills, Calif. – With the idea of making Hollywood ‘Tailwagger conscious,’ Bette Davis, motion picture star, recently elected president of the Tailwaggers, was hostess to many film celebrities at a dinner party and cotillion at the Beverly Hills Hotel here the night of August 11. Its proceeds will go toward financing a concert in the Hollywood Bowl during National Dog Week, September 18 to 24, for the purpose of raising funds to establish an ultra-modern dog hospital, shelter and kennels. Photo shows Miss Davis and Howard Hughes, millionaire round-the-world flier, at the party.