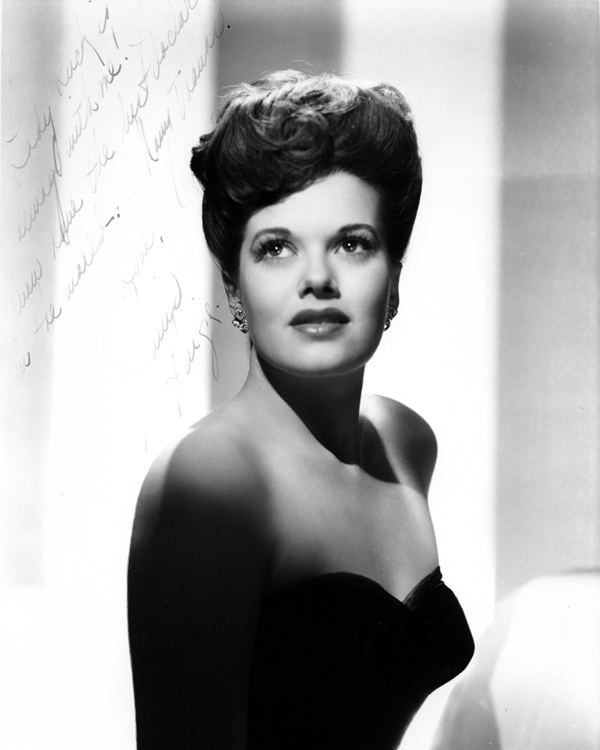 Around 1950. This year is a turning point in the life of Janis Paige. She divorces her husband, San Francisco restaurateur Frank Louis Martinelli, having been dropped the previous year by her studio, Warner Bros. But as her movie career collapses, her career in musical theatre and on television begins to take off.

Stardom will come in 1954 with her role as Babe in the Broadway musical The Pajama Game, and that December she will appear on the cover of Esquire magazine. She will return to the big screen in Silk Stockings (1957, with Fred Astaire and Cyd Charisse), Please Don’t Eat the Daisies (1960, with Doris Day) and Bachelor in Paradise (1961, with Bob Hope). She will continue to appear on stage and on television and will marry twice more.

The photo is inscribed to Dr Irving Ress by Janis Paige.