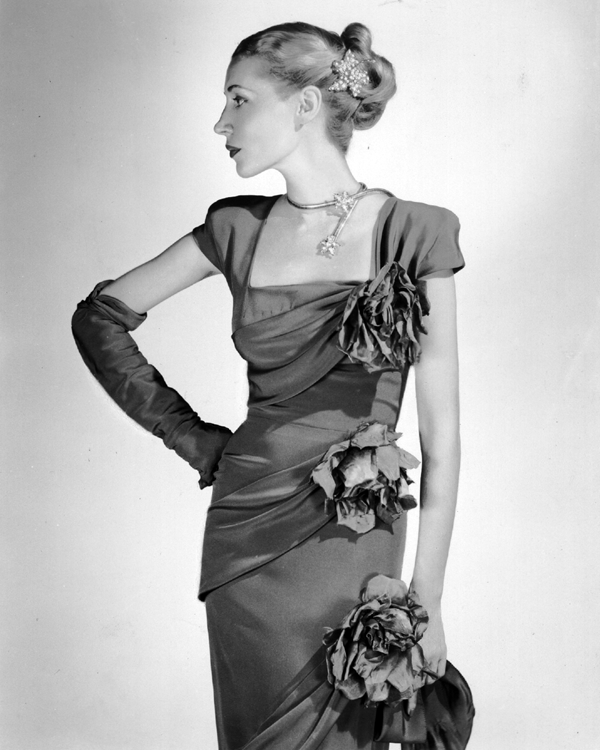 Mid-1940s. Andrea Johnson was one of the supermodels of the 1940s, working for the John Robert Powers and Ford modelling agencies and becoming a favourite of Harper’s Bazaar photographer Louise Dahl-Wolfe. You can find her among the twelve most photographed models immortalised in Irving Penn’s 1947 shot. After an Australian Fashion Tour for Neiman Marcus in the early fifties, she retired to Hawai.

She started out in Honolulu with a new career in fashion design, creating a line of island casuals and working closely with another artist, designing the fabric prints. She also continued to do a bit of modelling to fund her interests.

Subsequently, she took a holiday to the Big Island and fell in love with an area called Hōnaunau, where she purchased an old coffee farm. She renovated the bottom floor of the house for a ceramic studio and storage for her extensive collection of antiques. She opened a retail studio in Captain Cook making plaster castings for walls and gardens and continued her artwork in Holualoa at a studio called Holualoa Coffee Mill Art Center.

She died in her late 70s after a battle with cancer.

On the back of the photo is John Robert Powers agency stamp completed in ink with Andrea’s name and vital statistics: