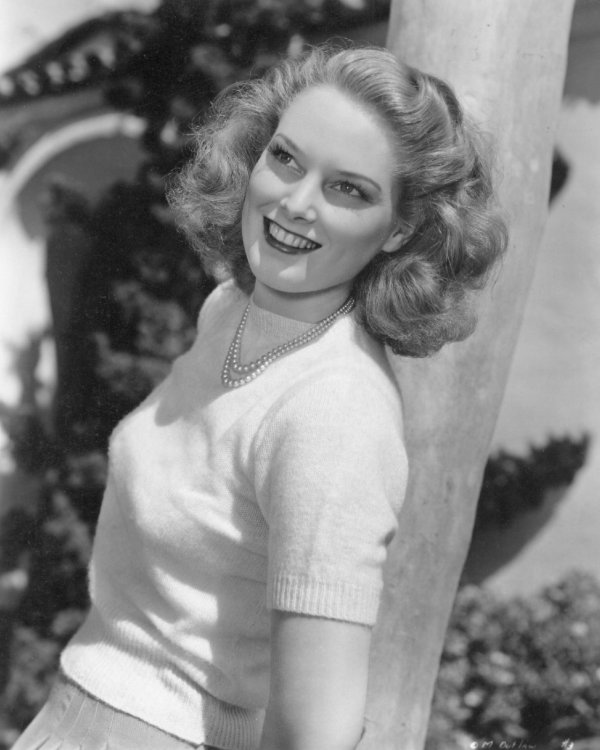 1943. She’s 29 years old and started modelling only about a year ago so she’s made it to Hollywood in double-quick time. Next year, she will appear (uncredited) in one more film – Since You Went Away. She will also embark on one of those wartime marriages. It will yield two sons but it will end in an acrimonious divorce in 1951. Three years later, Martha will remarry – this time into one of California’s wine-making families. Her husband will die in 1973, and she will follow him in 2002. A caption on the back of the photo reads:

A PORTRAIT – of Martha Outlaw currently appearing in the Columbia production, “Cover Girl”.