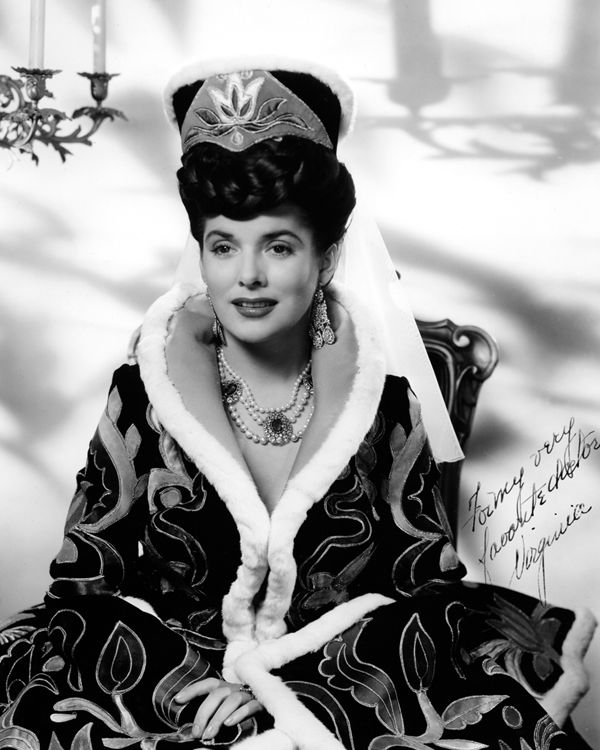 This photo is issued by 20th Century-Fox to promote A Royal Scandal (1945), a film about the love life of Catherine the Great. In it Virginia plays the part of a lady in waiting. In real life, she’s trying to make a comeback and this is one of four movies she makes this year (in three of them she is uncredited).

She was discovered by director Howard Hawks and signed under personal contract to him, as Lauren Bacall would be several years later. He cast her as the stuffy Alice Swallow in Bringing Up Baby (1938). Ironically, one of her character’s lines is:

Well, there’s nothing else I can say except that I’m glad before our marriage you showed yourself up in your true colors. You’re just a butterfly!

She proceeded to elope to Mexico with Hawks’ brother, producer William Hawks, whom she married in late 1938. But the marriage didn’t last and the couple were divorced in 1942.

The year after this photo is issued, the actress will die, age just 30, following surgery at Cedars-Sinai in LA.