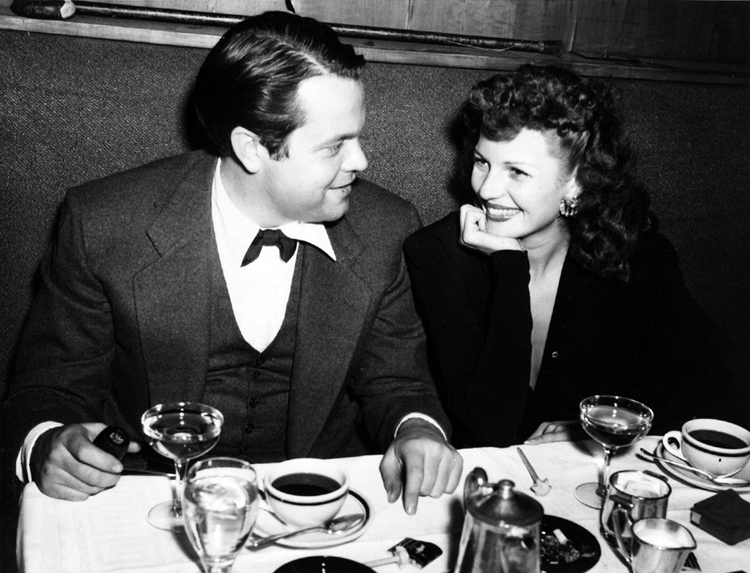 November 1943. A caption on the back of the photo reads:

New York……screen actress Rita Hayworth is shown dining out with hubby Orson Welles, last night, while Hollywood, and the movie column fans of the nation, buzzed about the $12,000 divorce settlement it was revealed she made upon her ex-husband, Edward Judson. She also signed away community property rights.