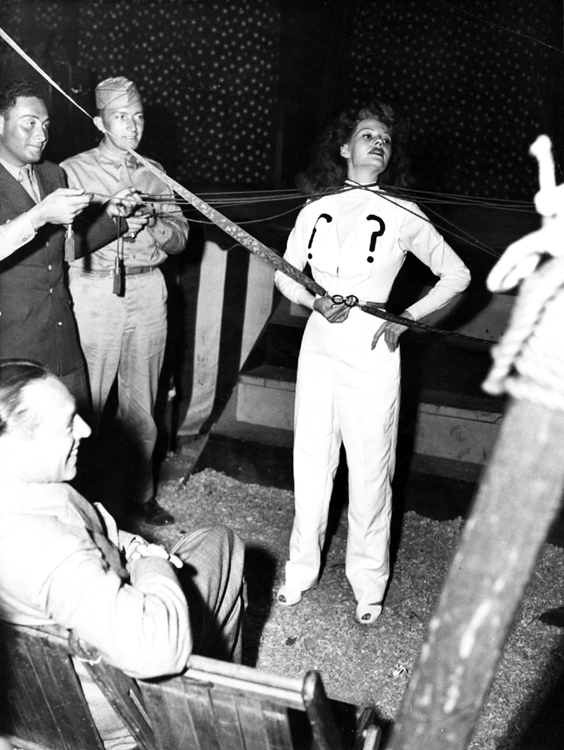 August 1943. A caption on the back of the photo reads:

At the count of “three” Miss Rita Hayworth will miraculously escape from the cords which bind her neck, instead of being decapitated as the audience expects. Scene takes place during the “Death of the Silken Cords” mystery, an act in Orson Welles Magic Show for Servicemen held in a “big-top” in Hollywood.