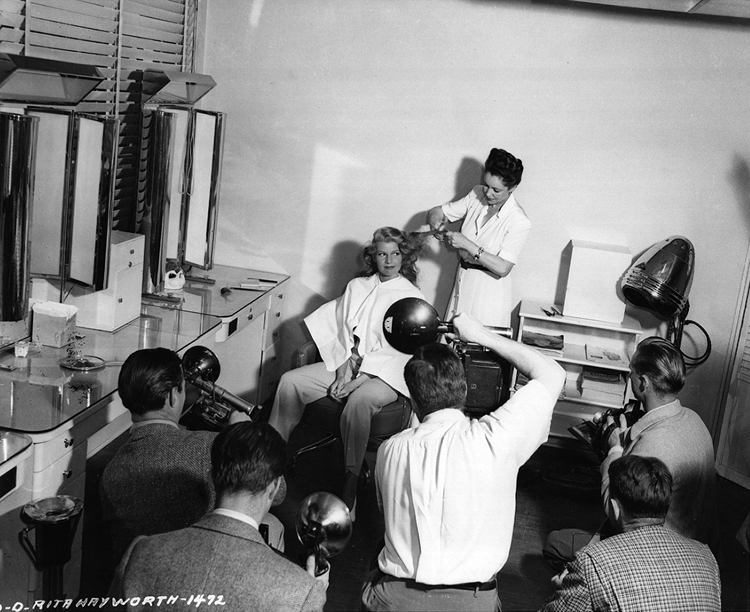 MILLION DOLLAR HAIRCUT .. Flash bulbs pop as Rita Hayworth has her tresses shorn by Columbia’s chief hair stylist, Helen Hunt, for her starring role in “The Lady from Shanghai,” a Columbia picture. Orson Welles, Rita’s husband, is her co-star as well as producer and director of the film.