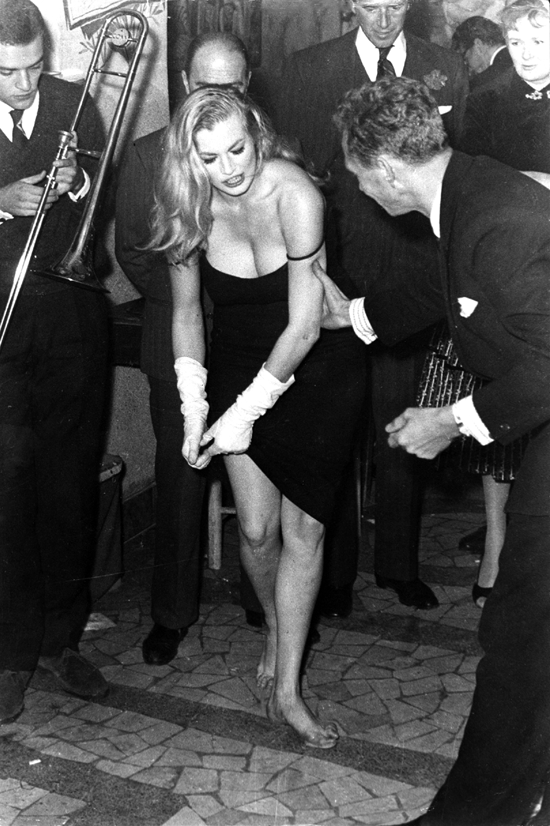 Rome, 5 November, 1958. Anita Ekberg sets pulses racing at Olga di Robilant’s party at Rugantino. She kicks off her shoes and improvises a mambo. She’s joined by Gérard Hérter, a German actor. Later, she challenges an unknown gatecrasher to remove her dress, promising to follow suit if the Lebanese girl is up for it. The pretext for disrobing is a belly dance. What ensues is a strip show. A caption on the back of the photo reads (in Italian):

New Roma Press Photo and S Girella Fotostudio Srl agency stamps on the back of the photo.