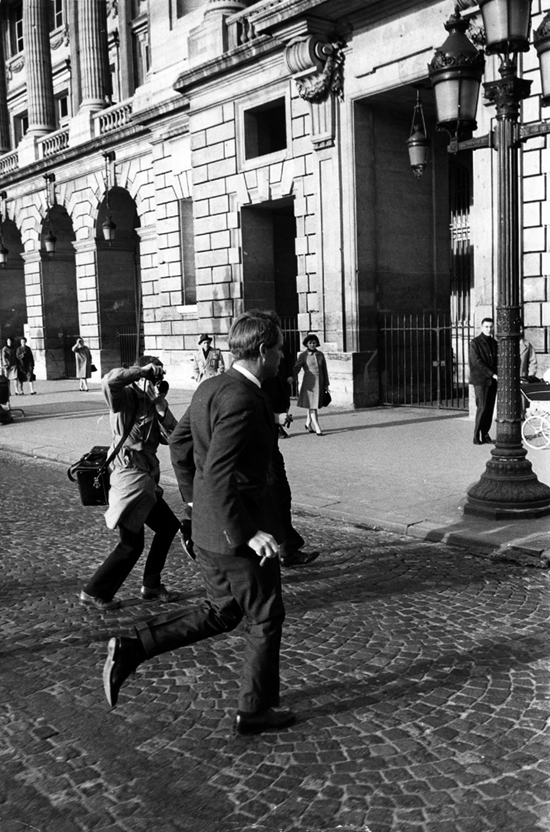 February 1967. Robert Kennedy, JFK’s younger brother, is snapped by a paparazzo as he crosses the street. An icon of modern American liberalism and member of the Democratic Party, he would be a leading candidate for the Democratic presidential nomination in the following year’s election. That same year, he would be assassinated. Photo: Reporters Associés.