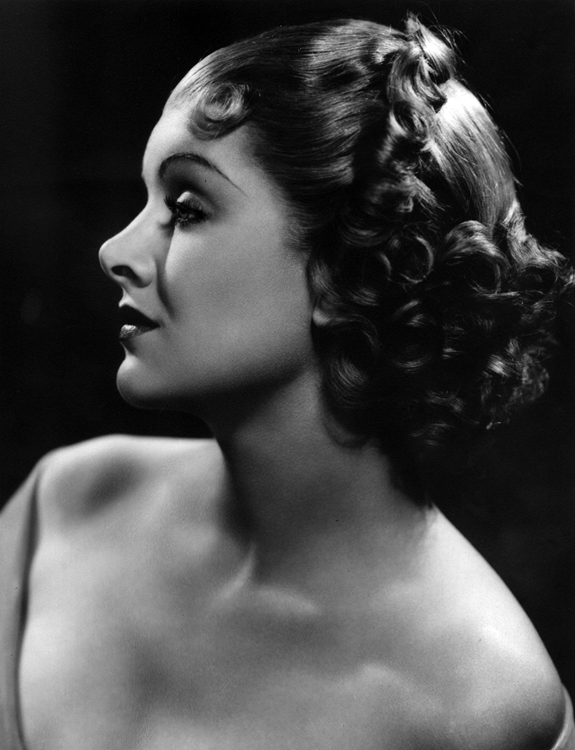 1936. Stills photographer Clarence Sinclair Bull seems to agree with cinematographer James Wong Howe’s view that it’s best to avoid the use of white around Myrna Loy’s neck. The caption on the back of this publicity portrait for The Great Ziegfeld reads: