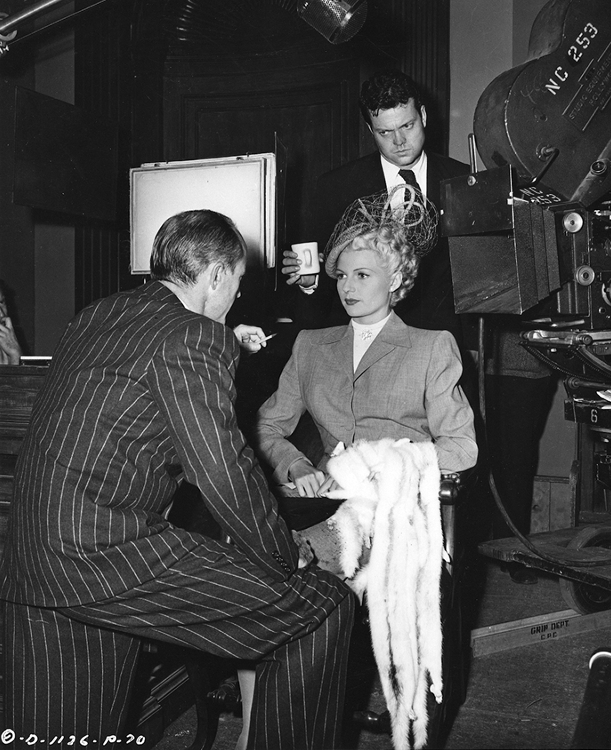 MENACE .. This is the picture you won’t see on the screen. It shows Orson Welles, his usual mug of steaming coffee in hand, directing Carl Frank and Rita Hayworth in a dramatic courtroom cross-examination scene for Columbia Pictures’ “The Lady from Shanghai.” Orson is producer, writer, director and co-star with Rita in “The Lady from Shanghai.” Frank plays the role of a tough district attorney.