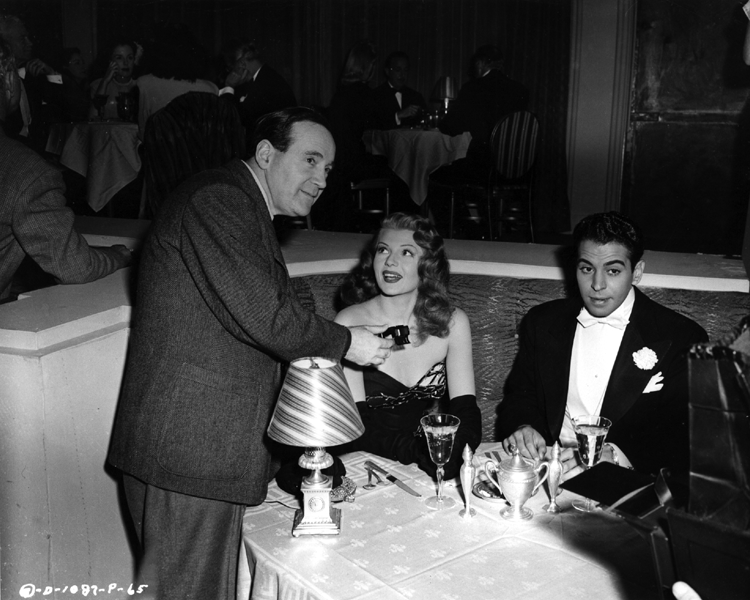 1945. Rudolph Maté, exposure meter in hand, has a pretty impressive CV. He has worked on several of Carl Theodor Dreyer’s films, including The Passion of Joan of Arc (1928) and Vampyr (1932). And before joining the crew for Gilda, he has been Director of Photography on Cover Girl (1944) and Tonight and Every Night (1945) and has been nominated for the Academy Award for Best Cinematography in five consecutive years. A caption on the back of the photo reads: