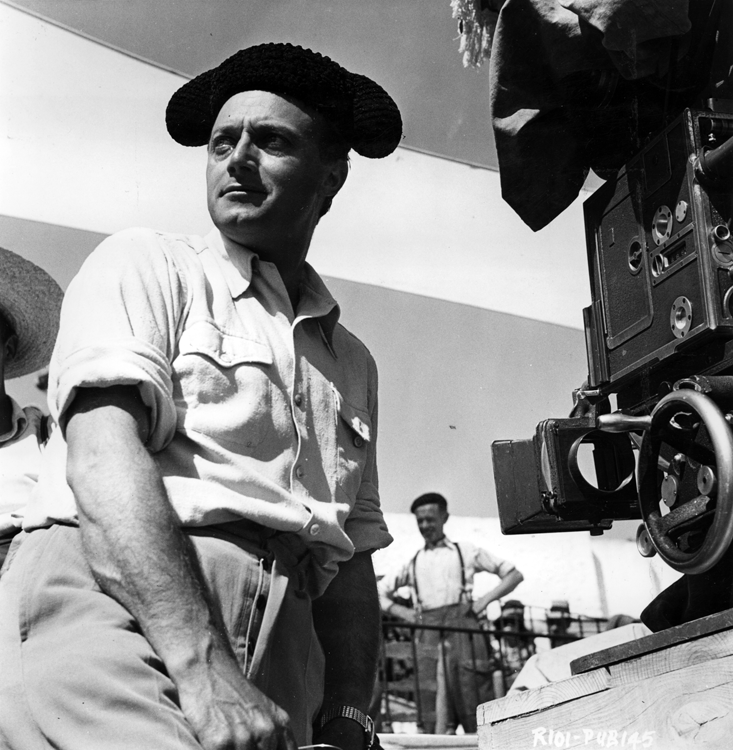 1950. Jack Cardiff was one of the best colour cinematographers in the world and worked among others with Michael Powell and Emeric Pressburger on Black Narcissus and The Red Shoes. He was also known as “the man who makes women look beautiful”. During a long career, he shot movies starring Ava Gardner, Audrey Hepburn, Anita Ekberg and Marilyn Monroe. When Marilyn was in London to shoot The Prince and the Showgirl, she said of him: “He’s the best cameraman in the world, and I’ve got him.”

FILMING A BULLFIGHT. Oscar-winning lighting cameraman Jack Cardiff got so absorbed in the Spanish atmosphere during the location bullfighting sequences in “PANDORA AND THE FLYING DUTCHMAN” that he felt quite at home in Mario Cabre’s matador hat.