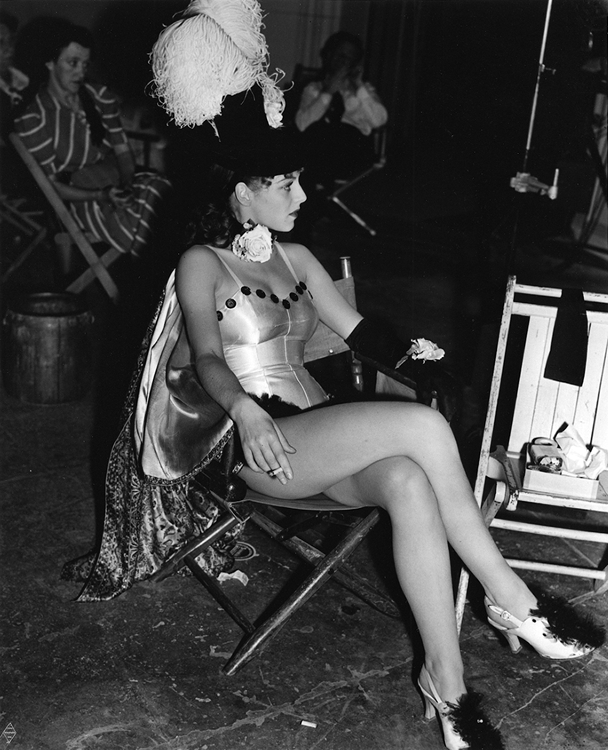 1938. Eva Brigitta Hartwig, better known as Vera Zorina, relaxes between scenes on the set of On Your Toes – a Broadway hit before being adapted for the screen by Lawrence Riley.

Born in Berlin and trained as a ballerina, Vera Zorina joined the Ballet Russe de Monte Carlo in 1933 before embarking on a career in Hollywood, becoming choreographer George Balanchine’s third wife in the process (the couple divorced eight years later).

Zorina, off-screen, relaxing, is an ordinary woman, with a good-sized healthy body. But, the minute she dances before the camera, her true personality grows. Her face turns from good looking to gorgeous. Her body becomes smaller and willowy. She’s easy to work with, except that an enthusiastic uncle of hers, a doctor, gave her four vaccination marks when she was young, and we have to get rid of them with make-up and special lights