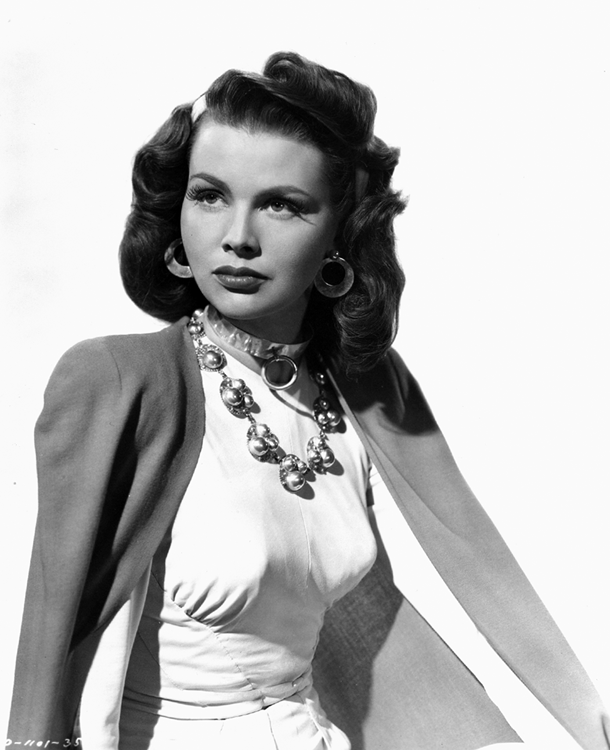 1946. Dusty Anderson is mysterious and exotic as Sandra, the beautiful assistant of a fake spiritualist in The Phantom Thief, originally slated for release as Boston Blackie’s Private Ghost. A caption on the back of the photo reads: