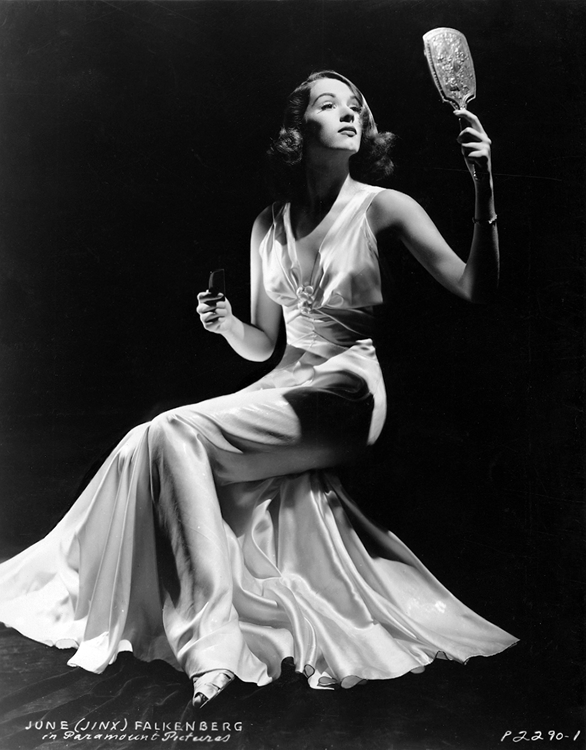 1937. A rare early photo of Jinx Falkenburg. In 1937 she’s 18 years old and two years out of Hollywood High School. Up to now she’s had a handful of walk-on parts, some of them in movies for the Latin American market (she’s fluent in Spanish). None of those movies is for Paramount so it seems as if this is a speculative publicity shot for the studio to hawk to fan magazines. Interesting that she is being marketed as “June (Jinx) Falkenburg”.