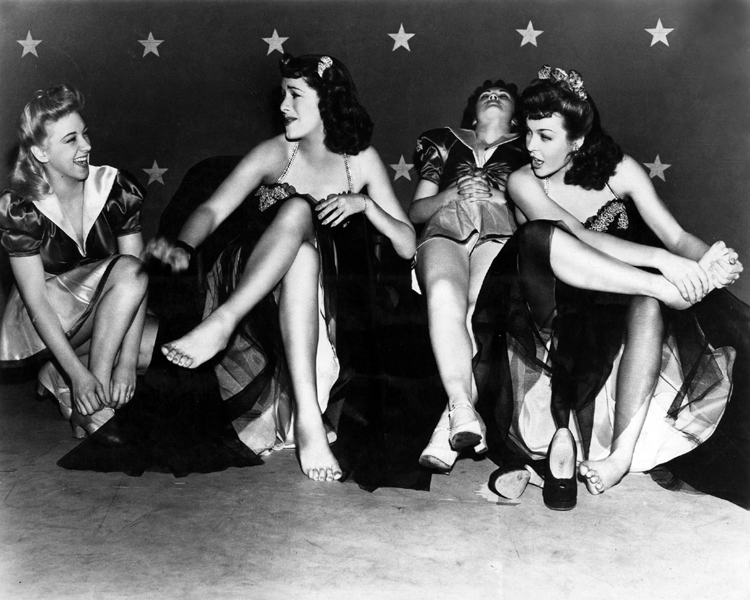 1942. Unusual to catch Jinx grimacing but here she is, presumably recovering from a tough dancing routine. A caption on the back of the photo reads:

FIRST AID FOR ACHING FEET. Jinx Falkenburg (left) and Joan Woodbury, discover a different kind of “Hot foot,” as they rehearse for their roles in Columbia’s “Sweetheart of the Fleet.” The picture, with a service background, reunites Jinx and Joan with Joan Davis in another light comedy.