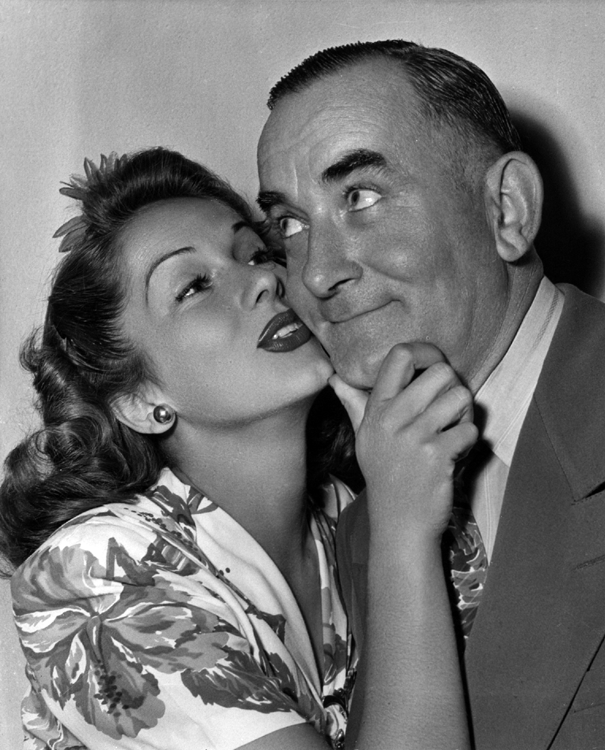 1944. Jinx’s parents each have their own nickname. Her father Eugene goes by the name of Genie; her mother Marguerite by the name of Mickey. Jinx has a close and loving relationship with both of them. In her autobiography, she writes:

Genie, besides being a father, represented something very special in the Falkenburg menage. When things got really out of hand, we always looked to Genie. Mickey was the instigator, and we always fell right in with her effervescent schemes, but if things ever went flat or we had all managed to talk our way into some terrible hole, there was always Genie. Genie, who helped us decide the big issues, quietly, sincerely, and with authority.

JUST WAITING FOR A BUSS! Jinx Falkenburg is planting a ruby red kiss on the cheek of “the best dad in the world”. He has good reason to be proud of his famous family these days what with one son in the Army, and another, who is one of the nation’s ranking tennis stars, soon to go, and daughter Jinx, making such fine headway in pictures. She will soon be seen in Columbia’s production of “Cover Girl”, starring Rita Hayworth and the fifteen most photographed magazine models in the world. No wonder Dad is looking forward to Father’s Day (June 20th).