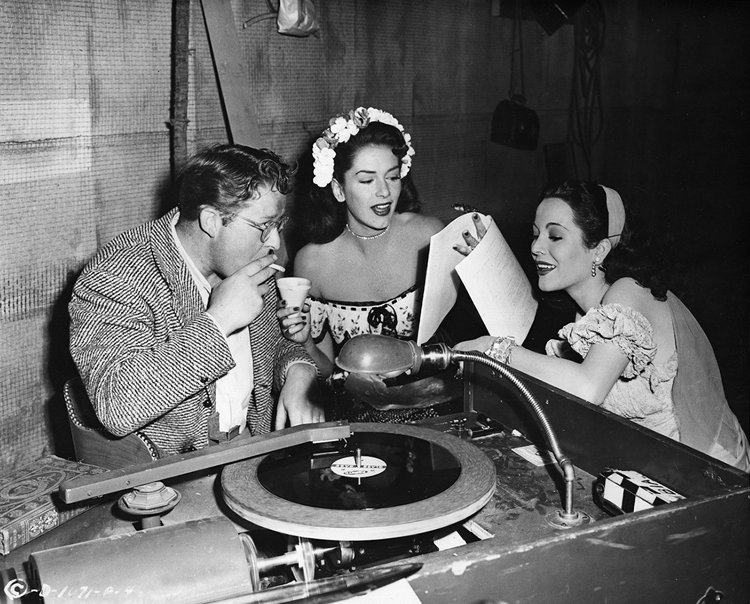 1945. Look at the size of that turntable’s tone arm! What a piece of kit around which to rehearse. The Gay Senorita is a featherweight comedy that has pretty much sunk without trace. It tells the story of how romance with a lovely señorita convinces a building contractor to abandon his plans to take over a Mexican housing district. A caption on the back of the photo reads:

Truck Krone is listed at IMDb as working primarily in the Camera and Electrical Department, not the Sound Department.