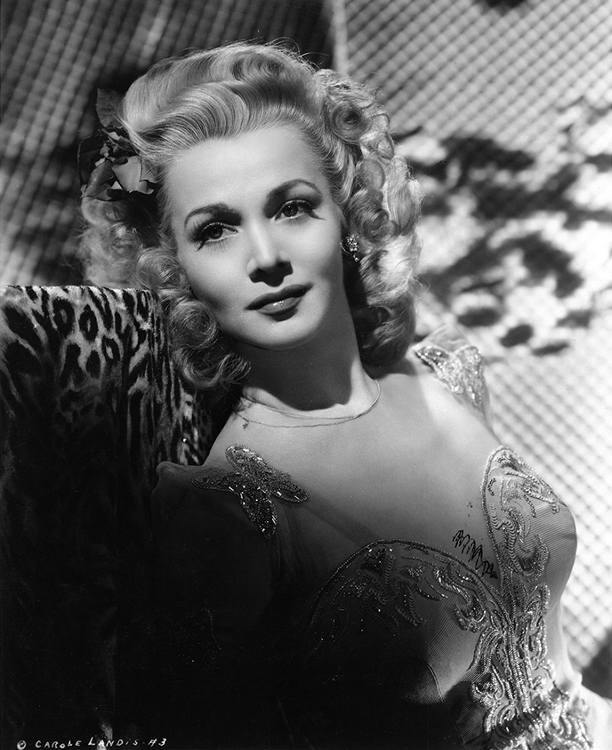 1944. Carole Landis is an extraordinary physical specimen. Gossip columnist Walter Winchell recalls “a well-known doctor” describing her in 1945 as “one of the most sexicological women in and out of show biz.” According to Sidney Skolsky, another gossip columnist, “Carole Landis fills a sweater more naturally than any actress in town.”

So it comes as no surprise to hear that, following the 1941 Production Code Office ban on sweater shots, “Carole Landis’ publicity portraits have the highest mortality rate of those censored by the Hays Office.” This shot appears to have got past the censors but note the ink squiggle over her cleavage indicating that retouching is required.

BLONDE AND BEAUTIFUL … Carole Landis goes in for rough and ready dramatics as a special agent with Pat O’Brien, unearthing a sabotage ring in “Pilebuck” [the film’s working title], the Terneen production at Columbia, in which she and O’Brien are starred.

In this photo Carole is wearing the dress in which she will be buried.