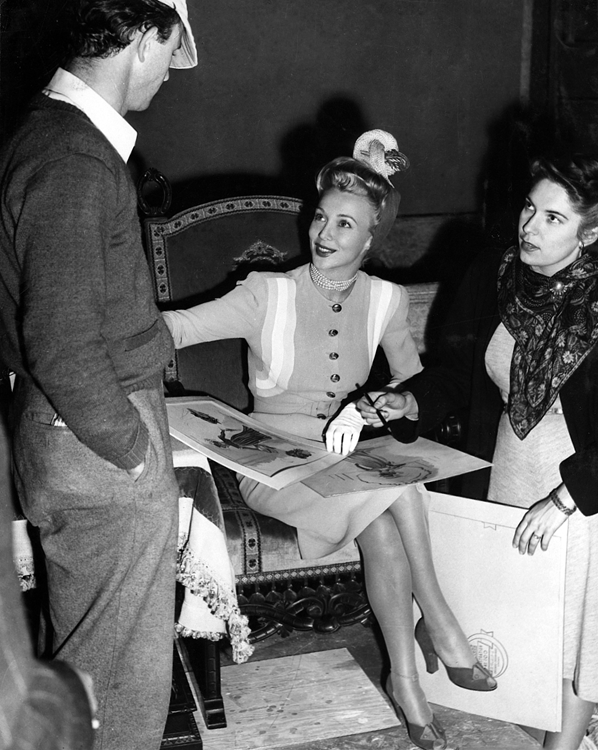 1946. In Douglas Sirk’s A Scandal in Paris, Carole plays a sexy showgirl hopelessly in love with a criminal. She regards her role as Loretta to be the best part she ever had. The Napoleonic-era costumes are designed by Norma Koch, with whom Carole becomes good friends. A caption on the back of the photo reads:

THIS IS NORMA – – Norma (full name), attractive 23-year-old from Kansas City, wins her spurs as a top screen fashion designer with fulfilment of her first solo assignment to do the costumes for Arnold Pressburger’s “A Scandal in Paris” (The Story of Vidocq), directed by Douglas Sirk for United Artists release. She not only clothes the stars of both sexes, George Sanders, Signe Hasso and Carole Landis – – in itself unusual for film designers – – but also a small, ring-tail monkey that plays a role.