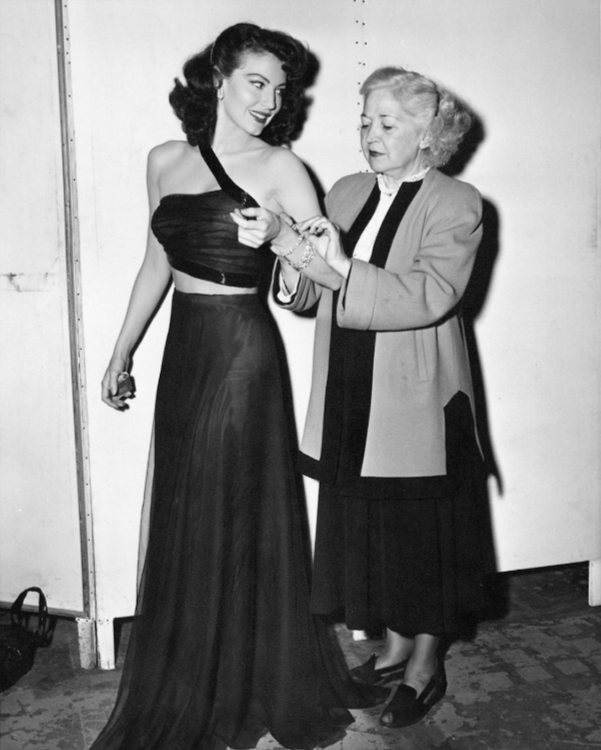 1947. Ava’s wardrobe for The Bribe was designed by Irene Lentz. While the authorship in this case is not in doubt, it’s not always easy to know who designed the costumes for certain films. MGM seem to have been a bit capricious (and sometimes political) with their credits.

For example, a designer called Tom Keogh got the wardrobe credit for The Pirate (1948), but budget figures show that he was an assistant. The principal designer was actually Barbara Karinska, while contemporary photos of the sketches for Judy Garland’s costumes prove that they were designed by Irene herself.