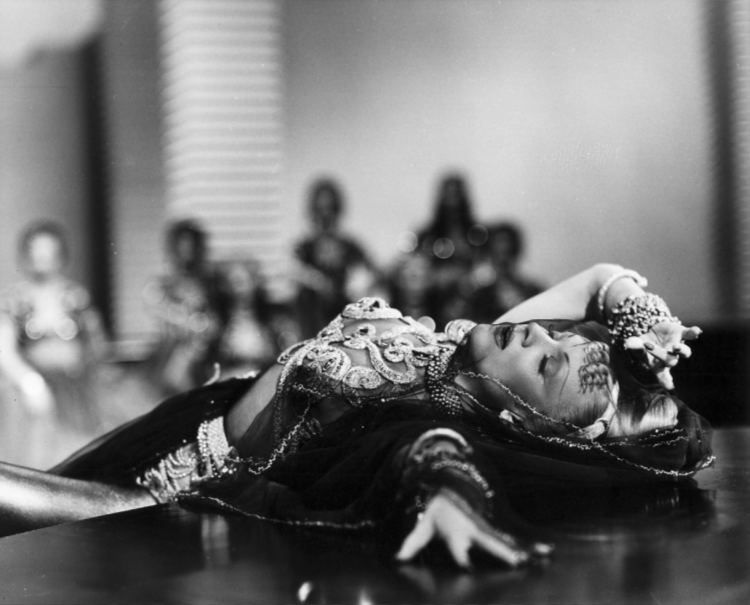 1943. Marlene’s provocative harem-girl costume is by Irene Lentz. A caption on the back of the photo reads: