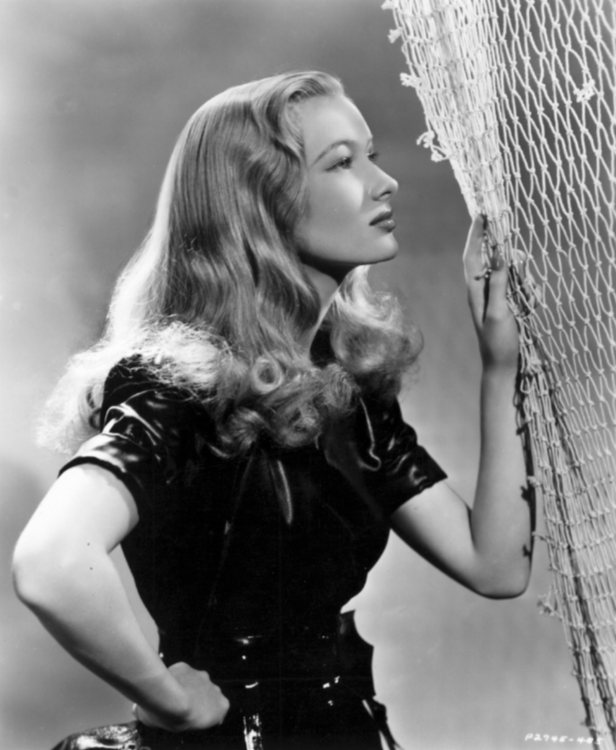 1942. The caption on the back of the photo reveals that Paramount has issued it to promote This Gun for Hire. It reads:

BLONDE FISHERWOMAN ––– This natty black fishing outfit worn by Veronica Lake is not what all fair anglers will be wearing this year. It is a musical comedy version of fishing garb because Veronica wears it in a musical number for “This Gun For Hire,” wherein she sings and does magic tricks with the goldfish bowl as a night club entertainer.

And it is indeed taken from the musical sequence “Now you see it, now you don’t” in This Gun for Hire. However, the movie still identification number in the bottom right corner classifies the photo as a general-purpose portrait not associated with any specific film. That appears to be how the studio use it, because another image from the same shoot at Getty Images is used to promote Star Spangled Rhythm, a comedy musical released the same year.