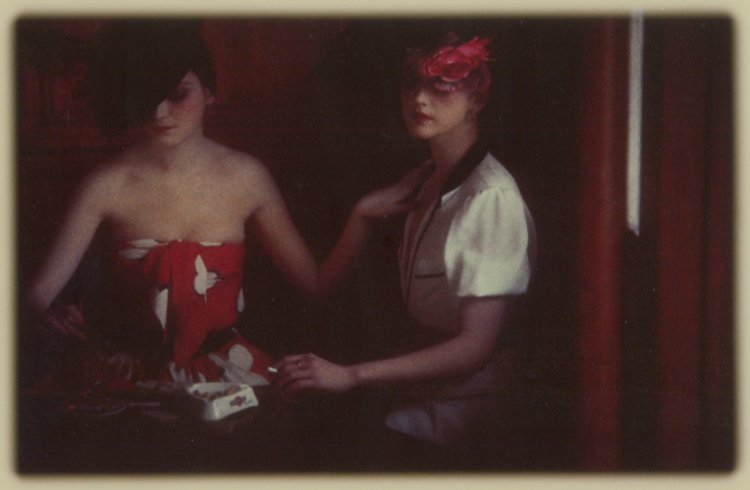 1979. Sarah Moon probably came closest to Paolo Roversi in terms of style in her soft, painterly, romantic photos of the 1970s, such as this one published (I believe) in Vogue in 1979. Like him, she conceives her work in terms of fantasy and feeling – at least that’s what I take from her comments in an interview with the Independent in 2008:

For me, photography is pure fiction, even if it comes from life. I photograph people, of course, as I do nature – trees, flowers, animals – but I charge it with something other than reality, with feeling, with a certain feeling depending on the day. … I am expressing something, an echo of the world maybe.

This approach has become more marked since the mid-1980s, when she switched her focus to personal work, which includes short films based on fantasy and fairytales.