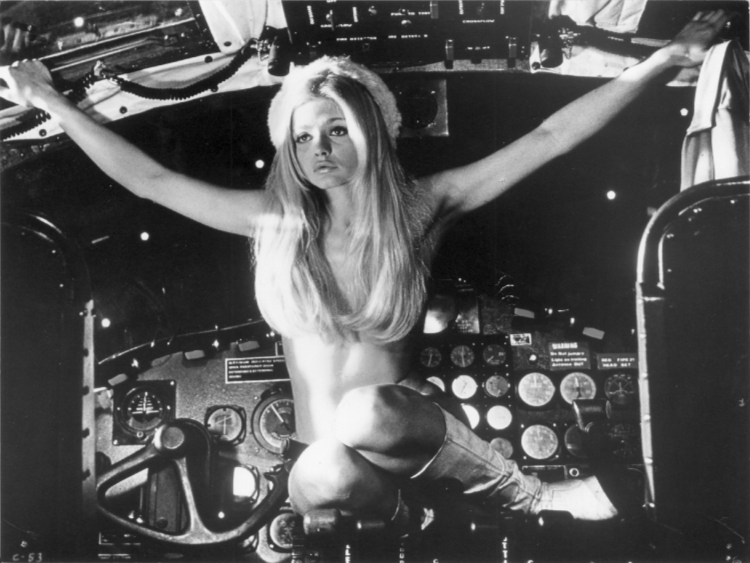 1968. Ewa Aulin as Candy in the cockpit of Walter Matthau’s American Air Force troop carrier. A colour version of this image is used for posters of the film. A caption on the back of the photo reads:

C-53. Even though she is naked, Ewa Aulin as Candy is very much in control of the situation in the pilot’s compartment of an American bomber.