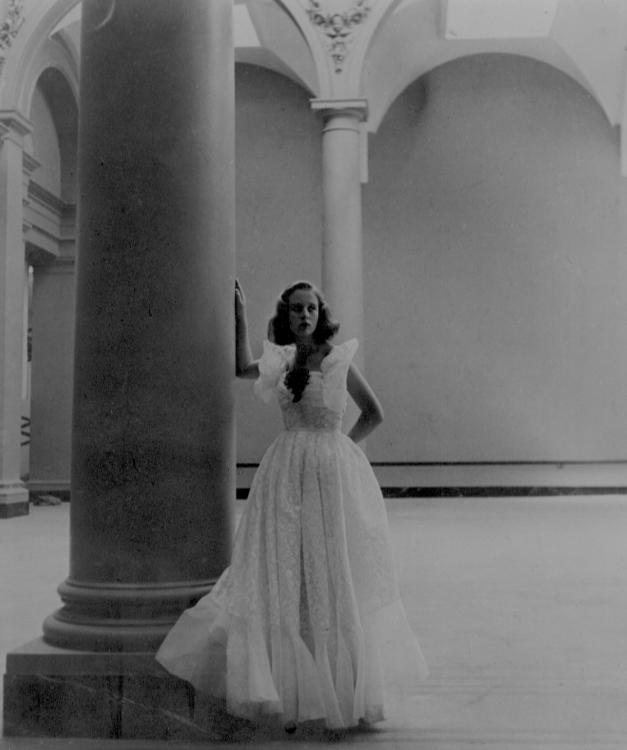 1948. The annotations on the back of the photo are our starting point:

Rachel Brand was quite a toff – her father bore the titles Viscount Hampden and Baron Dacre. She was born in 1929 and will marry The Hon William Douglas-Home in 1951. The couple will have four children.

Michael Sherard launched his couture house in 1946 and created elegant eveningwear and neat tailored suits. He closed it in 1964 when demand for haute couture declined. Subsequently he taught at London College of Fashion.

John Deakin, dubbed by The Guardian The boozer who bottled Bohemia, is best known for his photos of well-known British artists and writers of the fifties and sixties, including Francis Bacon’s Soho inner circle and characters who worked and frequented the area’s many bars and pubs, including drag queens, tattoo artists and local shopkeepers.

During the forties and fifties he earns a living as a staff photographer for Vogue but his alcoholism, his difficult personality and his brilliant but uncompromising, sometimes brutal take on his subjects make him pretty much unemployable. He will die aged 62 in obscurity and poverty.