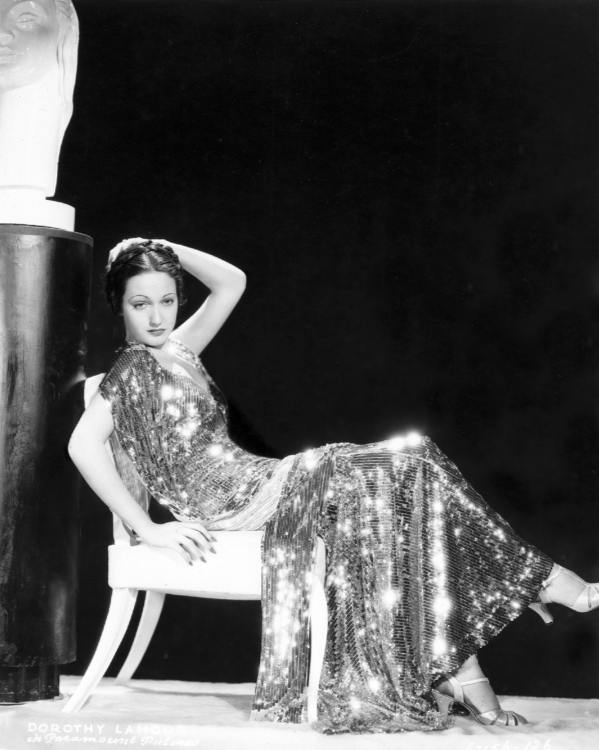 1937. Dorothy Lamour is a picture of Art Deco pulchritude as she poses in a sequined gown for this promotional shot for Paramount Pictures. Her route to stardom has been via the beauty-pageant circuit, as revealed in Miss New Orleans, Dorothy Lambour (Lamour) at the Club Forest at Today in New Orleans History:

As a teenager, she began entering beauty contests. In 1929 Dottie took first-place in a Biloxi pageant and earned the title Miss American Legion of New Orleans. On July 26, 1930 she was a contestant, along with her friend Dorothy Dell Goff, in the Miss New Orleans beauty contest at Pontchartrain Beach’s original location at Bayou St. John and the lakefront. Goff was crowned queen, and Dottie took fourth place, in front of a crowd reportedly of 10,000 people. … Dottie Lambour won the 1931 Miss New Orleans contest wearing a blue bathing suit and a blue linen dress she had bought on Canal Street for $2.98.