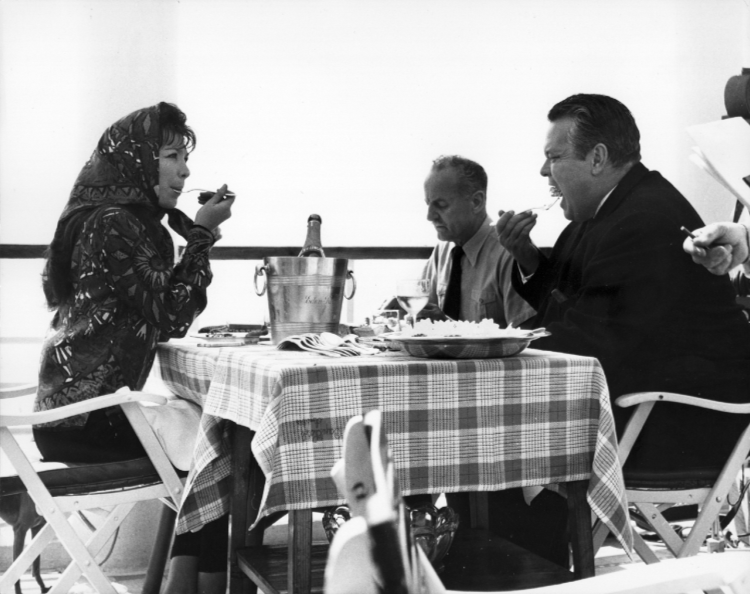 1960. Corinne Calvet is just one of a myriad of women whom Darryl Zanuck fancies. He’s a notorious predator. These days we would rightly regard those women (most of whom were very young and vulnerable) as victims.

Juliette Gréco probably doesn’t fall into that category. She makes four films in Hollywood between 1957 (The Sun Also Rises – with Ava Gardner) and 1960 and it can be no coincidence that her casting in them coincides with an affair with Darryl Zanuck. But Zanuck is one of a number of lovers she has during the 1950s, and after his death in 1979 she will write that he left a void in her life that was never to be filled.

This photo was likely taken during a break in the filming of Crack in the Mirror (1960) in which Juliette and Orson star alongside Bradford Dillman. Zanuck was credited with the script although it appears to have been ghost-written by Jules Dassin.