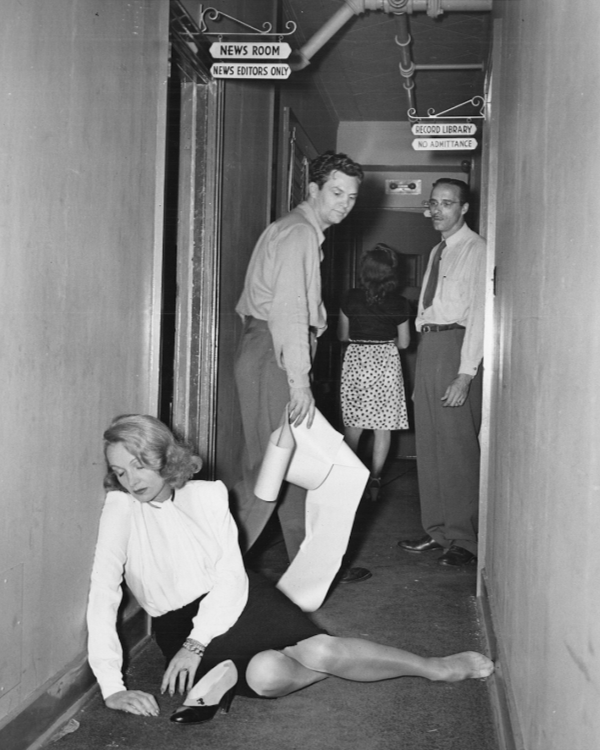 KFWB Radio, Los Angeles, 15 August 1945. The stars stay up to announce Japan’s surrender but at some point tiredness gets the better of Marlene. A caption on the back of the photo (the date presumably is the date the photo was issued) reads:

8/24/45
Early in the morning, Marlene began to get a little sleepy, but so that she would be sure and not miss anything, she took a short nap outside the news room. Lennie Hayden and Lloyd Jones walk out but are careful not to disturb her.