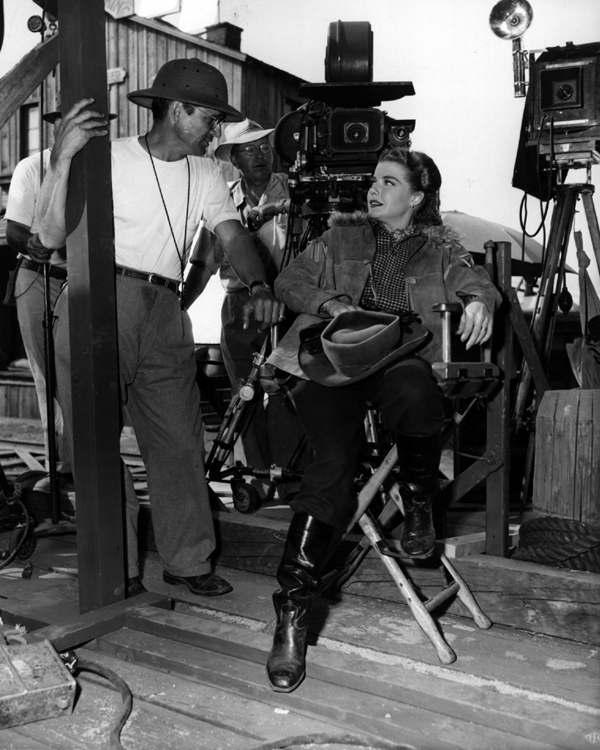 1948. Cinematographer Sidney Hickox was brilliant at shooting gritty, moody crime films and melodramas for Warner Bros. His movies included three Lauren Bacall vehicles – To Have and Have Not (1944), The Big Sleep (1946) and Dark Passage (1947). A caption on the back of the photo reads:

Ann Sheridan and cameraman Sid Hickox chat between scenes on the set of “SILVER RIVER,” Ann’s current picture with Errol Flynn for Warner Bros. Star is pictured here at the Warner Bros. ranch near Calabasas, California, where extensive exterior sets of Nevada’s sliver mining town were reproduced for the picture.